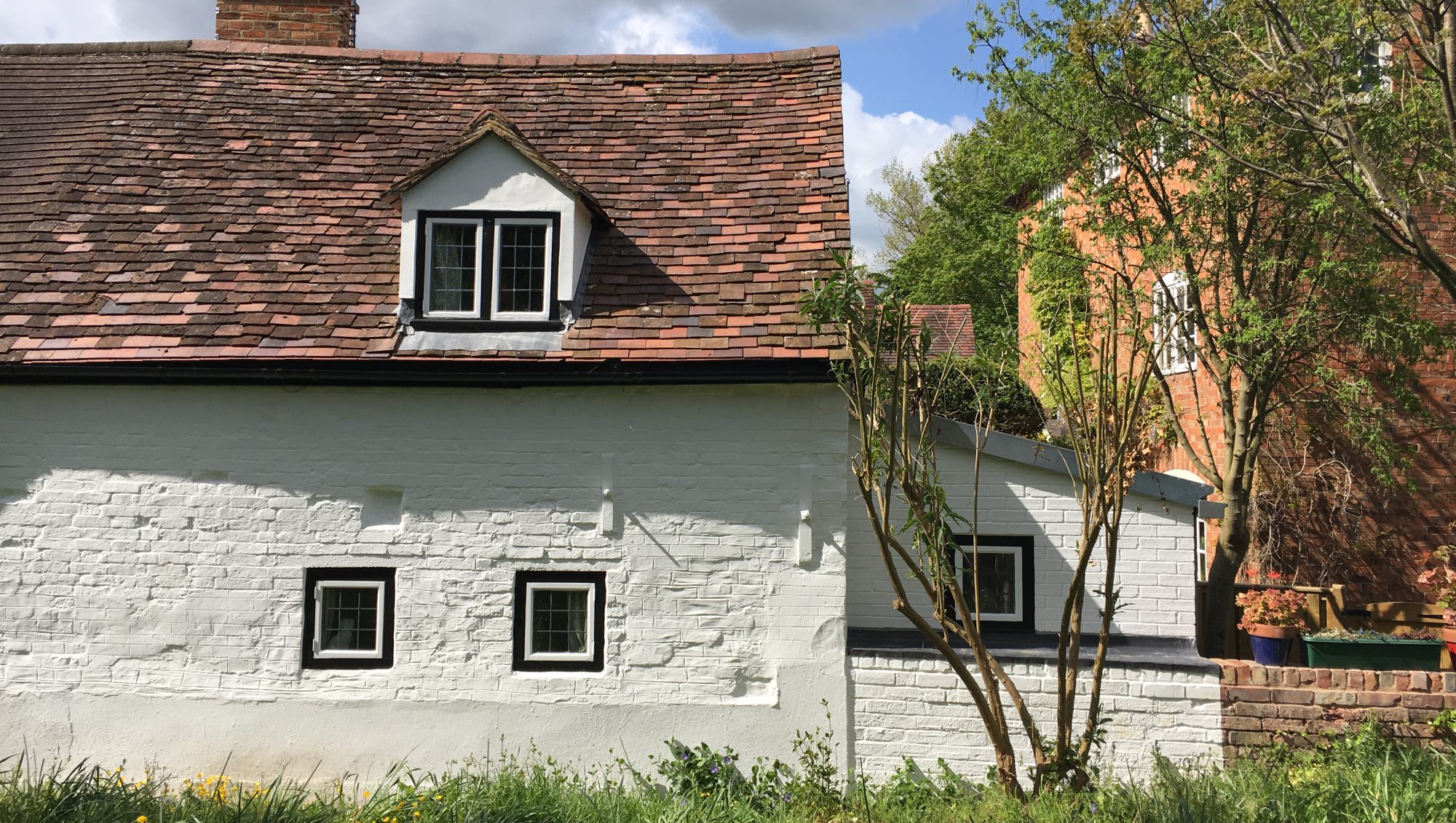 Here at Studio Spicer, we have decided to implement a series of Blog posts. The idea being to provide a bit more insight in to what we get up to beyond the veil of our finished projects reel. In this first installment Architect, Elliot Goodall, introduces and describes the trials and tribulations we experienced and had to contend with on our recently completed project ‘Writer’s Retreat’.

It’s not every day that a project is formally ‘opened’ to fanfare in our line of work. In fact, in a domestic project, the opportunity to even see the finished article is rarer than one might think.

On 4th May this year, The Hosking Houses Trust opened their new extension. A modest, yet functional, space providing an increase to the existing accommodation at their writer’s retreat for women writers. To say it was a while coming, would be an understatement.

Some projects are conceived and delivered without much fanfare at all. They pass through an Architectʼs office in the blink of an eye and are gone from our consciousness before we were ever really conscious of them at all.  Others, whilst not unreasonable in their time frame, take longer to deliver. Some, however, become trapped in a Ground Hog Day style time warp that seems to go on forever.

35, The Square, Clifford Chambers is one such project. Much like Bill Murray’s character, Phil Connors, waking up every morning to the same song (different day), this project found itself subject to numerous planning applications and, for one reason or another, repeatedly struggled to emerge successfully. Much like Virginia Woolf and her fight to bring equality to the male dominated field of writing, it felt, at times, as though this project was caught up in a fight for some higher cause; that cause being the introduction of modernity to a Shakespearean environment wrapped in a protective pastiche-like bubble for the last hundred years. In this case, the playing field was the built environment and it is fiercely protected from change by many. As with Ms Woolf in her day, at the heart of this narrative is a strong and determined woman. Sarah Hosking is the face, and force, behind the Hosking Houses Trust and it is her tenacity, in part, that ensured this project eventually succeeded.

Aimed at women writers, The Trust, through the use of this Cottage, provides month long residencies to genuine, proven, women authors and writers looking to complete their texts in the peaceful, beautiful surroundings of Shakespeareʼs home county and district. Former residents include Dame Joan Bakewell and Salley Vickers among many others.

Looking to increase the demographic to whom this C18, listed cottage can accommodate, Sarah approached Studio Spicer Architects in 2016 with the brief to design and administer the construction of an incidental space that was light enough to allow the trust to extend invitations for residencies to women of a wider spectrum of creative arts, including painters and musicians.

We completed some initial design work pro-bono. The design was bold, yet sensitive to the existing cottage. It was conceived as a modern and aesthetically juxtaposed structure, though maintaining an appropriate scale so as to ensure clear delineation of old and new and to preserve the setting of the historic structure; an approach in-line with advice set out in the joint publication by English Heritage/CABE ’Building in Context’. This initial approach was actually supported by LPA Conservation team and Planning Officer (and Heritage England for that matter) but objections from the local community (including Parish Council) saw it eventually dismissed at Planning Committee. An appeal was immediately lodged, with advisors indicating a strong likelihood of succeeding. Despite the various support, the Appeal was dismissed.

Changes were made to the design and applications resubmitted; incorporating aesthetic changes to assimilate the extension with the Cottage using innovative but harmonious materials. The revised design was met with resistance by the Conservation team and refused, again by Planning Committee.

A third scheme was submitted and, finally, approved in January. Although this was not without its resistance and petty squabbles, it was not the end of the saga, either. Granted permission early 2018, the Hosking Houses Trust sought funding and were, eventually, successful with grant aid from Arts Council England in July.

However, with strict timescales on the delivery, it meant a quick dash to prepare the technical drawings and their submission to LPA for discharging the pre-commencement information. The Trust looking to start at the earliest opportunity to avoid losing the grant; for the cash would be withdrawn if not spent by 31 December 2018.

Our initial submission of materials and drawn details was issued in August. Plenty of time. We sought tenders from contractors whilst the application was considered. Everything was ready. A 6/7 week contract would see the work finished by mid November. At the end of September, after 8 weeks of assessment, the submission was refused. This placed the financing of the project in serious jeopardy and, as a result, threatened the deliverability of the project in principle. Would this project ever succumb to our will?

Thankfully yes. Eventually. As frustrating as the LPA had been in their approach to the refusal (and after some strongly worded discussions behind closed doors), we were encouraged by a vastly more collaborative approach to the revised submission, which was tailored following early feedback, to suit the requirements of the LPA and approved just in time to allow the works to proceed mid November. Just in time. Literally. In the end, this project drew upon far more resource than we had ever imagined. Furthermore, the resultant extension is not particularly modernist, or modern. Its construction techniques, arguably, already out of date and its design pastiche at best. This project became an exercise in compromise, by all parties; watered down to satisfy the ‘committee’ that is the planning department.

Ironically, the element that was considered the most ‘modern’ of those approved (zinc) is more closely related to the traditional build techniques than the rest of the building put together but it has a similar character to the original house, so that’s ok? Studio Spicer, pastiche. Who’d have thought?

Despite all the adversity this little project faced, success was still achieved. This was due, in no small part, to the tenacity of Sarah Hosking and her trust in Studio Spicer Architects. And, whilst we may not be wholly satisfied with the final design, the important thing to remember is that the client’s main objective was delivered.

On 4th May, after years of trying, the Hosking Houses Trust overcame the adversities faced and were finally able to deliver on their longterm MO to provide to women “a room of their own…[within which]…to write fiction”*. They were able to open their extension. The opportunity to realise the potential of 35, The Square will hopefully broaden the longterm horizons for this charity. Raise the curtains and blow the trumpets. Hurrah!

*Virginia Woolf, A Room of One’s Own, Penguin Classics 1928